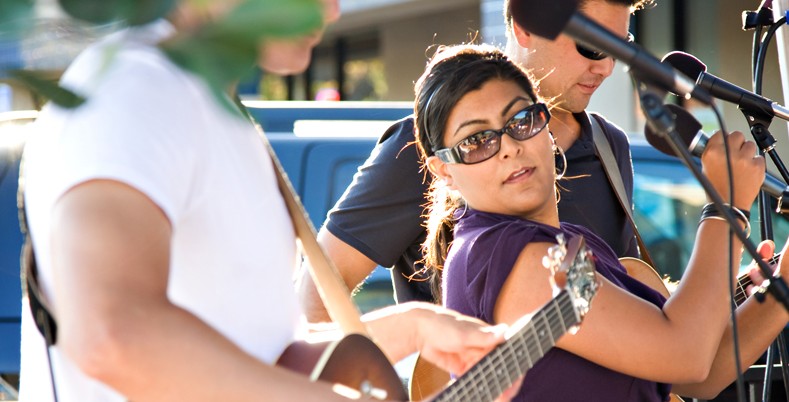 Olivia received a Bachelor of Arts degree in Theatre Arts from San Diego State University. During her time at SDSU she was involved in numerous productions both on stage and off and was honored with the department’s highest award, the Sybil Eliza Jones scholarship, for outstanding achievement in drama. At SDSU Olivia also participated in touring productions of original children’s shows as an actor, choreographer, set designer and tour coordinator.

For seven years Olivia served as a teaching artist for Playwrights Project, an arts education organization that teaches youth the skills of playwriting to inspire creativity and promote literacy. She taught in numerous schools, including detention facilities and credits her “at-risk” students for the courage to become a playwright herself.

Performance credits include productions with several theatre companies including The La Jolla Playhouse, The San Diego Rep, Diversionary, Cygnet and Mo’olelo Performing Arts Company where she and her cast mates received a nomination for outstanding ensemble by The San Diego Theatre Critics Circle for the 2012 production of “Kita y Fernanda”.

Additionally, from 2007-2010, Olivia played the bilingual role of Mari in “The Jumpitz”, a children’s entertainment group that combined dance, song and story to inspire children to do and be anything they can imagine. With the group, Olivia filmed five DVDs and recorded five albums available on iTunes. In addition to episodes broadcast worldwide on American Forces Network, Olivia performed with “The Jumpitz” for military families stationed in Great Britain, The Netherlands and Germany.

As a member of Native Voices at the Autry Artist Ensemble, directing credits include staged readings for the Annual Short Play Festival and Festival of New Plays. In addition, she helped launch the ensemble play Stories from the Indian Boarding School, a powerful piece of theatre that dives deep into the stories of tragedy and resilience of Native people in the U.S. boarding school system.

Most recently, Olivia was honored to be the recipient of Oregon Shakespeare Festival’s most prestigious award- The Phil Killian Directing Fellowship. With this opportunity, Olivia assisted OSF’s Artist Director, Bill Rauch on Native Voices’ original play Off the Rails by Randy Reinholz.